null Leadership Has Changed from Toxic to Counterproductive 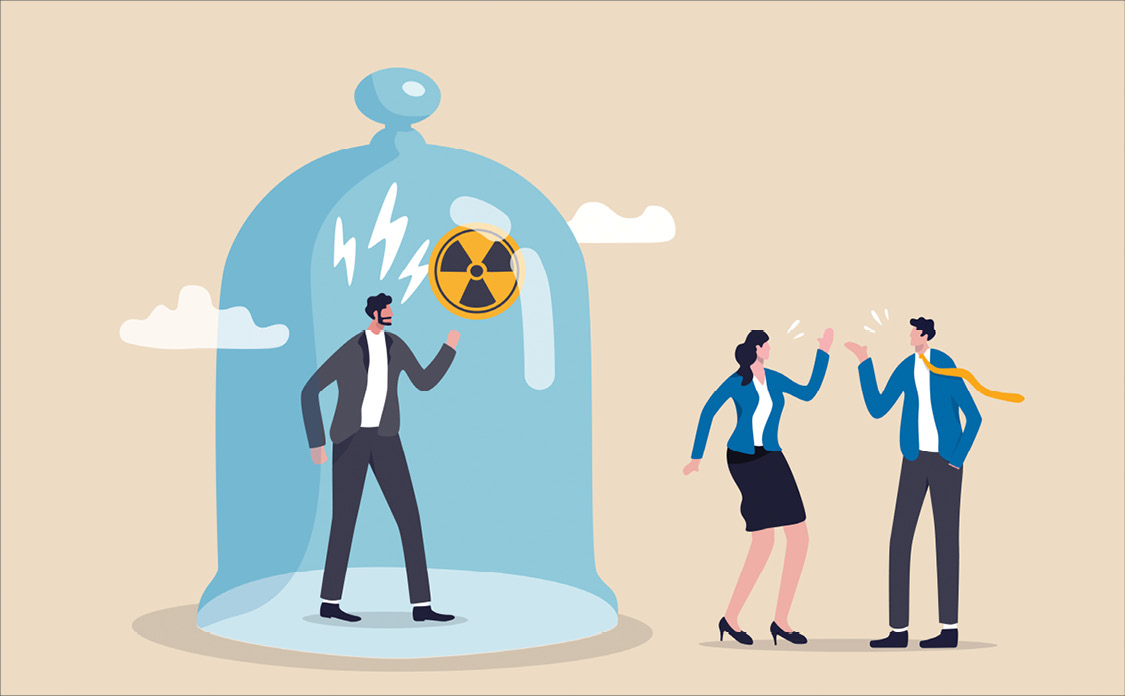 Leadership Has Changed from Toxic to Counterproductive

What the Semantic Change Means for Legal Advisors

Since 2003, when then-Secretary of the Army Thomas E. White first asked officers at the U.S. Army War College to determine how the Army could identify commanders with “destructive leadership styles,”1 the Army has attempted to define, identify, and eliminate toxic leadership. In an effort to identify and define the problem, the Army conducted studies, distributed command climate surveys, wrote articles, appointed investigations, and relieved commanders. A decade later, top commanders publicly admitted that the Army had a problem: too many “toxic leaders.”2 In 2012, the Army even added the term “toxic leadership” to its core doctrinal publication, Army Doctrine Publication (ADP) 6-22, Army Leadership, as “one form of negative leadership.”3

This article tackles these questions by 1) defining toxic leadership and counterproductive leadership in the Army legal context, and comparing and contrasting the Army’s old and new definitions; 2) offering ten takeaways for Army lawyers who advise or review leadership-related investigations to help orient investigating officers to the problem; and 3) providing additional steps that Army leaders can take to eliminate toxic and counterproductive leadership.

The former version of ADP 6-22, which minimized the extent of negative leadership by asserting that it only surfaces “occasionally,” defined “toxic leadership” in the following way:

Toxic leadership is a combination of self-centered attitudes, motivations, and behaviors that have adverse effects on subordinates, the organization, and mission performance. This leader lacks concern for others and the climate of the organization, which leads to short- and long-term negative effects. The toxic leader operates with an inflated sense of self-worth and from acute self-interest. Toxic leaders consistently use dysfunctional behaviors to deceive, intimidate, coerce, or unfairly punish others to get what they want for themselves. The negative leader completes short-term requirements by operating at the bottom of the continuum of commitment, where followers respond to the positional power of their leader to fulfill requests. This may achieve results in the short term, but ignores the other leader competency categories of leads and develops. Prolonged use of negative leadership to influence followers undermines the followers’ will, initiative, and potential and destroys unit morale.5

Army lawyers generally viewed this definition as creating a two-part test. To be deemed a toxic leader in the Army, two things must occur: 1) a leader must exhibit toxic attitudes, motivations, and behaviors, and 2) those toxic attitudes, motivations, and behaviors must result in adverse effects on subordinates, the organization, and mission performance.6 From a legal standpoint, an Army leader would only be considered toxic if they both displayed toxic characteristics or traits and those characteristics or traits led to negative effects on personnel, unit morale, or the mission. A leader would, theoretically, not be deemed toxic if their toxic traits did not negatively affect others, or if unit members suffered negative consequences from decisions made in good faith.

The rest of the definition listed an amalgam of toxic traits and consequences—such as lack of concern for others and the climate of the organization; inflated sense of self-worth; and using dysfunctional behaviors to deceive, intimidate, coerce, or unfairly punish others. Despite all of this, the 2012 publication still lacked definitional clarity. As Colonel George E. Reed aptly put it, “toxic leadership, like leadership in general, is more easily described than defined.”7 Yet, paraphrasing Justice Potter Stewart’s oft-quoted concurrence, Soldiers knew it when they saw it.8 Surveys found that a majority of Soldiers considered leaving because of treatment by a supervisor;9 more than eighty percent of Soldiers witnessed toxic leadership; and twenty percent of Soldiers had toxic leaders.10

The 2019 version of ADP 6-22, which uses the term “counterproductive leadership” instead of “toxic leadership,” defines the term as:

From a doctrinal standpoint, ADP 6-22 nests the new definition of counterproductive leadership with the Army’s core leader competencies and Army Values. Army Doctrine Publication 6-22 establishes and describes the Army’s approach to leadership. It establishes a standard set of core leadership competencies and attributes, and describes the values and competencies required of Army leaders. These principles are grounded in historical experience.16 Core leader competencies include: leading others, extending influence, leading by example, building trust, creating a positive environment, preparing self, developing others, stewarding the profession, and getting results.17 The Army Values are loyalty, duty, respect, selfless service, honor, integrity, and personal courage.18

Other sections of ADP 6-22 shed light on how to gauge when Army leaders are not creating a positive environment or are preventing a climate conducive to mission accomplishment. Paragraph 9-18 states generally that an “organization’s climate springs from its leader’s attitudes, actions, and priorities communicated through choices, policies, and programs,” and requires that leaders assess organizational climate “from the bottom up” through command climate surveys.26 Paragraph 9-19 specifically identifies “successful” climates as having “a clear, widely known purpose; well trained, confident Soldiers and DA Civilians; disciplined, cohesive teams; and trusted, competent leaders,” who “value honest feedback” and adhere to the Army Values. The paragraph ends with a nod to the law, emphasizing that “legal advisors assist the organizational leader with maintaining a positive environment.”27

Yet, the new definition of counterproductive leadership raises more definitional questions than it answers. For example, the comma suggests that the second part of the test is whether the behavior “prevent[s] a climate conducive to mission accomplishment.”28 Such a two-part test is consistent with the previous test for toxic leadership.29 However, it is inconsistent with the last sentence, which states that counterproductive leadership “can impede mission accomplishment.”30 Does the word “can” mean the test may be met if behaviors do not impede mission accomplishment? If this is the case, then is the new test a one-part test, with an optional second part? If not, how will we know it when see it? These semantic questions are unanswered by the other five paragraphs.

What the Change Means for Legal Advisors

MAJ O’Neil is an administrative and general law attorney for the National Guard Bureau in the Office of the Chief Counsel in Arlington, Virginia.