Give It Away - The Judge Advocate General's Legal Center & School

null Give It Away 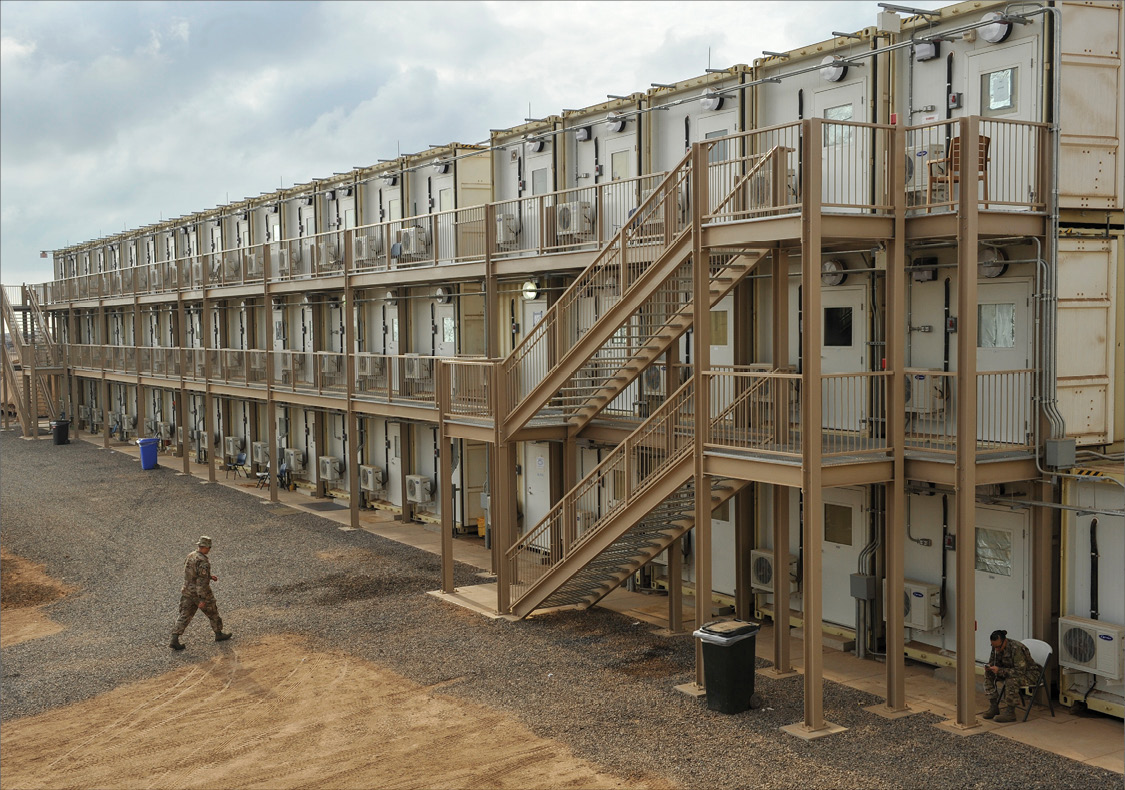 A Field Guide for JAs and FEPP

You have less than forty-eight hours in theater when you receive your first request for a Foreign Excess Personal Property (FEPP) legal opine. Barely knowing how to spell FEPP, you crack open the excel spreadsheet and see dollar signs with lots of commas. Where do you start? Hopefully, you will begin with this field guide. Alternatively, you should start by reviewing the authoritative guidance and reconciling the property list. With respect to FEPP, one of a judge advocate’s (JA) most important duties is ensuring positive authority exists to actually donate property.1 A pre-approved list of property exists as an attachment to the 2012 Assistant Secretary of Defense for Logistics and Materiel Readiness Delegation of Authority Memorandum.2 After identifying that positive authority to donate the property exists, the next step is to ensure the donation memorandum specifies the property is “as is, where is.” Last, JAs must ensure that the U.S. Government receives a tangible benefit from donating the property.

As FEPP deals with property donation and disposal, George Strait’s 2006 country music hit “Give It Away”3 has never rung more true as the Total Force has rapidly reduced its footprint in the Combined Joint Operations Area–Afghanistan (CJOA–A). Albeit, George Strait probably wasn’t thinking about FEPP when he recorded the billboard-dominating song. At first blush, JAs may be wondering, “Why give away perfectly fine property instead of shipping it back stateside?” To put it simply, the juice isn’t worth the squeeze. The cost to ship personal property in overseas contingency locations back stateside is astronomical, oftentimes far exceeding the actual value of the property itself. Not to mention, donating excess personal property to our partners both equips them to further the fight and generates goodwill. This article serves as a resource for JAs charged with providing a legal opine on the disposal of FEPP. It is not intended to replace scholarly articles, such as Herding Cats I 4 and Herding Cats II.5 Rather, this article should be consulted as a field guide on current issues as we continue to dispose of FEPP. The following sections of this article will concentrate on defining excess personal property, methods of disposal, and the approval authority.

The first step to any legal opine is nailing down what is meant by “excess property.” Federal law defines excess property as “property under the control of a Federal agency that the head of the agency determines is not required to meet the agency’s needs or responsibilities.”6 Foreign excess property is any excess property that is not located in the United States, Puerto Rico, American Samoa, Guam, the Northern Mariana Islands, the Federated States of Micronesia, the Marshall Islands, Palau, and the Virgin Islands.7 Foreign excess property can either be real (improvements affixed to real property) or personal (anything not affixed to the land itself). Similar to FEPP, Foreign Excess Real Property, commonly known as FERP, is a disposal process in which the United States transfers real property, such as land or any permanent improvements made on that land, to foreign allies. To properly distinguish between FEPP and FERP, JAs must take a trip down memory lane to property law 101: What is a fixture? Army Regulation 420-1 provides that “installed building equipment . . . includes items of real property affixed to or built into a facility that are an integral part of the facility.”8 At risk of beating a proverbial dead horse, this distinction is a critical step to discern whether JAs are disposing of personal or real property.

Another reoccurring conundrum that JAs will almost assuredly face is how we, the United States, can reclaim “donated” property if a future need is realized. Legally, it may be permissible to insert such a condition in the donation agreement; this practice is lawful but awful. This type of “just in case” clause could have the unintended consequence of insulting our allied forces and cuts against the definition of what is truly “excess.” When looking to determine what is “excess,” look no further than the unit commander. Unit commanders, arguably, should be in complete control of their property—making them best-situated to determine when that property is excess. Examples of excess personal property include living quarters and kitchen equipment, non-tactical vehicles, and relocatable buildings. Examples of property that are typically not considered excess include equipment capable of receiving and transmitting signals, military uniforms, and weapons. Even though the U.S. Government has supplied our allies with communications equipment, uniforms, and weapons, FEPP is not the disposition vehicle that allows us to make such transfers.

As the head of the Department of Defense, the Secretary of Defense oversees the disposal of all personal and real property. The Secretary of Defense delegated this authority to the Assistant Secretary of Defense for Logistics and Materiel Readiness (ASD L&MR). In an effort to reduce red tape and expedite the FEPP process, ASD L&MR and the U.S. Embassy in Kabul, Afghanistan, have developed a list of common items in the CJOA–A that require no additional coordination.10 Items on this “pre-approved” list are determined to have no economical retrograde back to the United States.11 Among the seventeen categories of property on the preapproved list are re-locatable buildings; force protection equipment; office, dining facility (DFAC), and laundry equipment; as well as air conditioners and generators (30Kw or smaller).12 Judge advocates may infrequently encounter FEPP requests that contemplate items not on the “preapproved” list, such as gym equipment or non-tactical vehicles. These requests are like snowflakes—no two are identical. Therefore, when tackling these issues, JAs should confirm that their J4 logistics counterparts are ensuring that no other unit in the Area of Operations has a need for this property. Once that determination has been made, J4 is responsible for coordinating the proposed transfer with the Department of State (DoS) and, in the event of transferring controlled items such as non-tactical vehicles, with the Bureau of Industry and Security. At first, this task seems monumental. However, the DoS’s Property Management Division Excess and Special Projects Task Force13 is responsive and eager to weigh in on FEPP requests.

After determining the property at issue is truly “excess,” the next step is to follow George Strait’s suggestion and “give it away.” Of course, it isn’t quite that simple. Underpinning the analysis is the fact that retrograde of theater property is either cost-prohibitive or infeasible given current in-country security and transportation problems.14 Likewise, JAs must pay homage to the resulting benefit the United States will receive from the donation. In almost every FEPP review, it will be evident that the United States expects to receive a tangible and appreciable benefit commensurate with the cost of shipping the depreciated property back stateside. For example, the proposed donation of property with a depreciated value of $500,000 may have an associated shipping cost of $1.5 million. In this example, if the United States were to donate the property to allied forces vice shipping it back stateside, it will come at a projected $1 million in savings. Additionally, the United States will enjoy an immeasurable benefit by equipping allies with the tools necessary to strengthen their capabilities, as well as by having the opportunity to improve and foster relations with allied forces—ultimately leading to a more secure future for the world.

Judge advocates do not weigh in on the depreciation schedule of excess property and, traditionally, they do not perform fair market value assessments. Rather, this analysis is a product of the proponent and J4.15 Despite a good-faith basis, it should come as no surprise that allied partners may have no use for our hand-me-downs. Judge advocates encountering such a scenario must not worry as donating excess property is not the only way to absolve the United States from having to transport such property back stateside. Other disposition alternatives include advertising the property for sale on Foreign Military Sales, transferring the property for partner forces through Excess Defense Articles, destroying the excess property, or sending it to the Defense Logistics Agency Disposition Service. It is worthwhile to note that, while legally-viable options, the latter two methods of property disposal are less preferable because they consume significant government time and resources. For example, a myriad of standards and technical procedures must be adhered to when destroying certain militarized items of property.

Like most things in life, dollar signs matter. When evaluating FEPP requests, the dollar amount of the property being donated dictates who the approval authority for the transaction is. Judge advocates will likely face the age-old question of evaluating the transfer based off “acquisition cost” or “fair-market value.” This is a fair question, and it can be confusing. Foreign Excess Personal Property has one set of rules. Foreign Excess Real Property has a substantially different set of rules; however, FEPPs and FERPs will likely be routed contemporaneously. Historically, both FEPPs and FERPs were evaluated using acquisition cost. However, in 2009, the Under Secretary of Defense changed the rules for FEPP. Now, excess personal property reviews are based off their current day fair market value.16

The donation of all property in the CJOA–A must be memorialized in writing and signed by both the donor and the donee. Of particular importance is that the United States does not make any express or implied warranties with respect to the donated property. All agreements must state that the property is donated on an “as-is, where-is” basis. As discussed above, the unit commander is likely the best person to know what property is truly excess. After the property has been earmarked as “excess,” the next steps include identifying an appropriate disposition method, conducting a review for legal sufficiency, and then routing the request to the appropriate approval authority. The ASD L&MR has delegated approval authority in tiers.17

Pursuant to the delegated authority, a commander in the grade of O-5 can approve the transfer of excess personal property up to $75,000, while a commander in the grade of O-6 can approve donations up to $500,000. Either the USFOR–A Commander, or Deputy Commander for Support, can approve the donation of excess property valued at $500,000 to $30 million.18 It is worthwhile to note that the Deputy Commander for Support position no longer exists. Instead, the USFOR–A Deputy Commander for Operations assumed all of the Deputy Commander for Support authorities.19 The approval authority for donations of personal property in excess of $30 million is the ASD L&MR.20 Once the request has made its way through these channels, the requesting unit is authorized to conduct a joint inventory with Government of the Islamic Republic of Afghanistan (GIRoA) representatives. Afterwards, GIRoA officially accepts possession of the property by signing a memorandum with the unit’s disposition representative.

Don’t confuse FEPP with FERP next time you’re driving down Disney Drive in your TATA, as you slurp an ice cold near-beer, and “Give it Away” comes on the radio. Just remember to FEPP the TATA and FERP the DFAC that you got the near-beer from. Unless of course, the DFAC is a re-locatable building, and then FEPP that too. TAL

Capt. Blevins currently serves as an Air Force Defense Counsel for the Keesler Region. In 2020, Capt. Blevins deployed with the 10th Mountain Division in support of Operation Freedom’s Sentinel and Resolute Support.