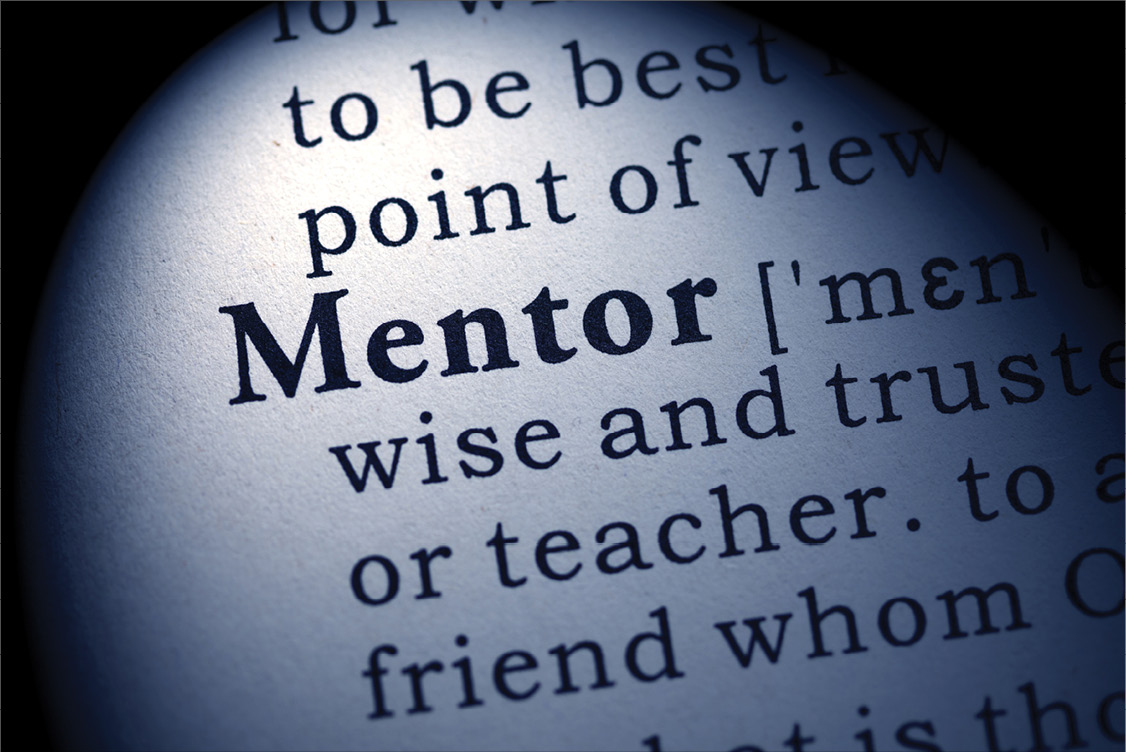 A Formal or Informal Effort?
Today, the Army and the Judge Advocate General’s (JAG) Corps places a plethora of attention on mentorship. Specific to our Corps, “grassroots” informal efforts—such as the Buffalo JAGs, the Hispanic Mentorship Group (HMG), and the Asian-Pacific American Network (APAN)—have recently come together to help address a perceived need for engaged mentorship among those in our ranks. These groups recognize that, with our nation grappling with troubling societal concerns in and outside our military,1 mentorship is a useful tool that can help our JAG Corps leaders address these real and existential concerns in our formation.

It is possible that, at this point, we are all talking past each other; we are preventing potentially valuable mentor and mentee relationships from forming altogether, as well as inhibiting the Corps and the Army from growing. Perhaps JAG Corps would-be mentors and mentees just need some encouragement from each other to go out there and make it happen. In short, instead of waiting for an institutional decision on whether to organize a formal mentorship program, JAG Corps leaders should follow the example of informal mentorship groups—such as the Buffalo JAGs, the HMG, or APAN—and just “go do it.”

As Athena or as Mentor?

In deciding how to go about mentoring, would-be mentors should reflect on the key mentorship relationship contained in Homer’s The Odyssey,5 one of the core literary works of Western thought. There, Athena (the Greek goddess of wisdom and warfare), disguised as an older man named Mentor, appears to Telemachus (Odysseus’s son). At this point in the story, Odysseus has been away at war for many years, and Telemachus is facing several challenges stemming from men who are trying to take over his family home and seduce his mother. In the shape of Mentor, an old friend of Odysseus’s family, Athena is able to reach out to and share her vast wisdom with young Telemachus—encouraging and guiding him successfully throughout many dilemmas during Odysseus’s absence.

There are volumes to unpack from the mythological relationship between Mentor-Athena and Telemachus. In Athena’s disguised relationship between Mentor and Telemachus, many can see a general tendency or desire of mentees to find mentors of the same gender or to only consider or heed the advice of those with whom they share similar backgrounds and interests. At the same time, others can claim that the “true nature” of the mentorship relationship in this passage of The Odyssey was between Athena and Telemachus and highlight the inherent benefit that Athena’s gender and perspective brought to Telemachus.6

Ultimately, mentorship is a transformational tool in an organization that enables seasoned leaders to strengthen the character of mentored personnel and, thereby, increase their devotion and loyalty to an organization’s goals and ethos.

As our Corps’s leaders decide to just “go mentoring,” they should keep in mind that both the above-described views of the mentor-mentee relationship between Mentor-Athena and Telemachus are equally valid. It is already self-evident that relationships between mentors and mentees who share much in common are beneficial. It is likely that—just like that between Mentor and Telemachus—most existing mentorship relationships in the Corps are of this nature, and these relationships already help grow influential Corps leaders.

Similarly, Athena-Telemachus mentorship relationships (those between mentors and mentees who are of diverse backgrounds and perspectives) can specifically help our Army and Corps reach desired diversity and inclusion goals. Army doctrine recognizes the benefits of diversity in our ranks and values it because “[v]ariation in upbringing, culture, religious belief, and tradition is reflected among those who choose to serve,” and “[s]uch diversity provides many benefits for a force globally engaged around the world.”7 Moreover, research has shown that mentorship is considered more important by women and members of minority groups; thus, they are more likely to participate in mentorship programs.8

Welcome to the Party

Doctrine states the Army’s “culture is one of inclusion that demands diversity of knowledge and perspectives to accomplish missions ethically, effectively, and efficiently.”9 Consequently, Army leaders have a duty to integrate the variety of talents, skills, and backgrounds of their personnel into teams that can accomplish missions. Mentorship can help leaders fulfill this obligation to create the sense of belonging, and of being integral members of the team, that is inherent in the Army’s culture of inclusion.

We all want to feel connected and part of a team, and more so if being chosen as a member of that team—such as the JAG Corps—can be quite difficult. When members of the team have less common ground with each other, meaningful connections between team members tend to come more slowly. Effective JAG Corps mentors should consider acting like party planners who know what each of the party’s attendees can bring to the table.

We have all been there: invited to an event where you only know the party planner. If you are lucky, that party planner is a good host who will quickly make sure you are appropriately introduced throughout the party; otherwise, you might be on your own. For you to want to continue to engage with that party’s crowd, gain new friends, or even influence their conversation in any way, it is likely that you will need to establish the beginnings of a reciprocal bond of trust. We can all appreciate that we are not likely to talk much or want to stay at a party where we do not feel included.

The same holds true within our military relationships, even more so given our hierarchical institutional structure. It may be harder for some to “break into” a particular crowd; this can be exacerbated by not having already performed in specific assignments or roles that may be common among that crowd’s members. Especially at the more junior ranks, this phenomenon may be quite apparent given their brief experience, scant knowledge of different duty stations, and general lack of friends or acquaintances in common that can enable the creation of quick bonds of trust within a particular crowd.

Like a good party host, an engaged mentor recognizes the need for mentees of diverse backgrounds and perspectives to feel welcome in the organization and entrusted with responsibility. Mentorship should be more than just workplace advice or suggesting where to live at a particular duty station. Mentorship requires mentors to offer mentees a relationship premised on wisdom, which ultimately becomes a relationship built on mutual trust that covers the workplace, home, and even the dreams and hopes of one another.

Like Athena disguised as Mentor, our Corps’s mentors should continue engaging those of similar interests and backgrounds. The Corps’s would-be mentors should also act like an undisguised Athena by 1) reaching out to less experienced personnel who may be of a different gender or background; 2) offering to provide them effective advice on assignments and career options; and 3) suggesting other mentors for the mentee who are able to supplement or provide differing viewpoints. By acting as engaged mentors, our leaders will help ensure mentees of diverse backgrounds and perspectives attain greater influence in our Corps. This is precisely the overall inclusion goal: to grant the ability of making decisions of lasting strategic significance to those with diverse backgrounds and perspectives among our Corps’s leaders.

The Judge Advocate General’s Corps’s mentors should ask themselves several questions. Like Athena, who do you reach out to on your own initiative? Could your group of mentees be more diverse? Have you asked yourself who your subordinates’ mentors are, and what they are doing? The challenge lies in making the effort to engage everyone, not just those who seem similar to you or those who may already be “walking in your shoes.” Like Athena, good mentors in our Corps should not wait until a putative mentee that looks like them, or shares the same background or perspective as them, shows up.

Mentors engage in mentorship affirmatively. They check on former subordinates to open a door for communication, and keep tabs on overall Army “battle rhythm” events—such as board schedules or personnel policy changes that may affect mentees. Mentors remain aware of new career opportunities that a particular mentee should consider. Engaged mentors affirmatively reach out to someone they have just met, perhaps at a conference, whose diverse background or perspective should be nurtured in our Corps. Engaged mentors also follow up on the requests that peers or subordinates may make concerning the mentorship needs that another colleague they know may need. A simple card, email, or text a few times a year can go a long way.

Mentees should also ask themselves similar questions. Mentees, who are your mentors? Are you a mentee who seeks the advice of seasoned Corps leaders who may be from diverse backgrounds? Mentees should reach out to those leaders, even if known only from a distance. Drop them a line now and then, and check in on them if you happen to be at their new duty station. Ask your peers and leaders who you should model your career after, and reach out to that person. It is perfectly acceptable and not out of the norm for junior judge advocates or Soldiers to seek guidance from those they know only peripherally or based on recommendations. Truly, there is nothing a leader welcomes more than an opportunity to become Athena for a moment while chatting and advising a younger generation of leaders.

Whether done voluntarily or out of a professional obligation to steward the profession, the Army expects its leaders to engage in mentorship. As personnel of diverse backgrounds and perspectives join our Corps as decision-makers, they will gain the necessary influence in the Corps thanks to their effective mentorship relationships with more experienced team members. Thus, engaged mentorship can further not only our diversity goals, but further the Corps’s overall inclusion goal. We will all be better off for following in Athena’s footsteps. TAL

COL Rodriguez is an Associate Judge on the U.S. Army Court of Criminal Appeals at Fort Belvoir, Virginia. In summer 2021, he will become the director of the Office of Diversity, Equity, and Inclusion, Office of The Judge Advocate General, in the Pentagon in Washington, D.C.