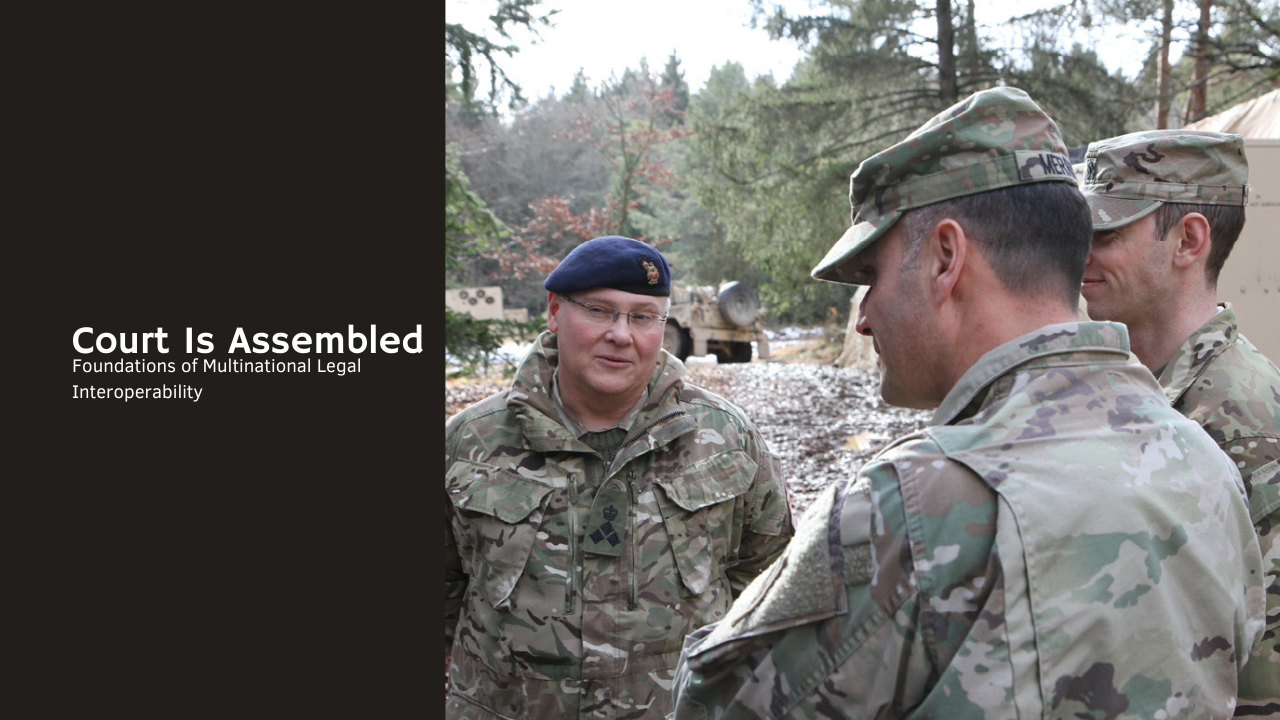 By Lieutenant Colonel Justin M. Marchesi | In a world of constant competition and rapid change, the United States stands with its allies and partners across the globe on defense matters of all varieties. 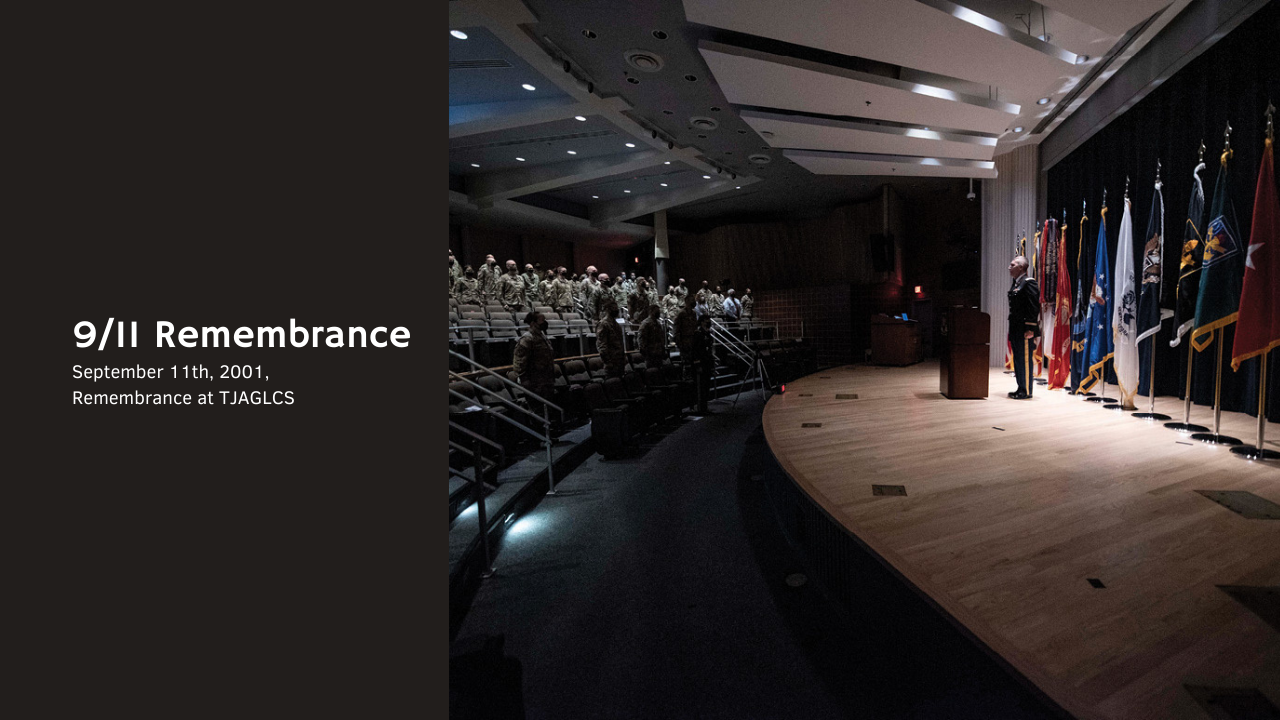 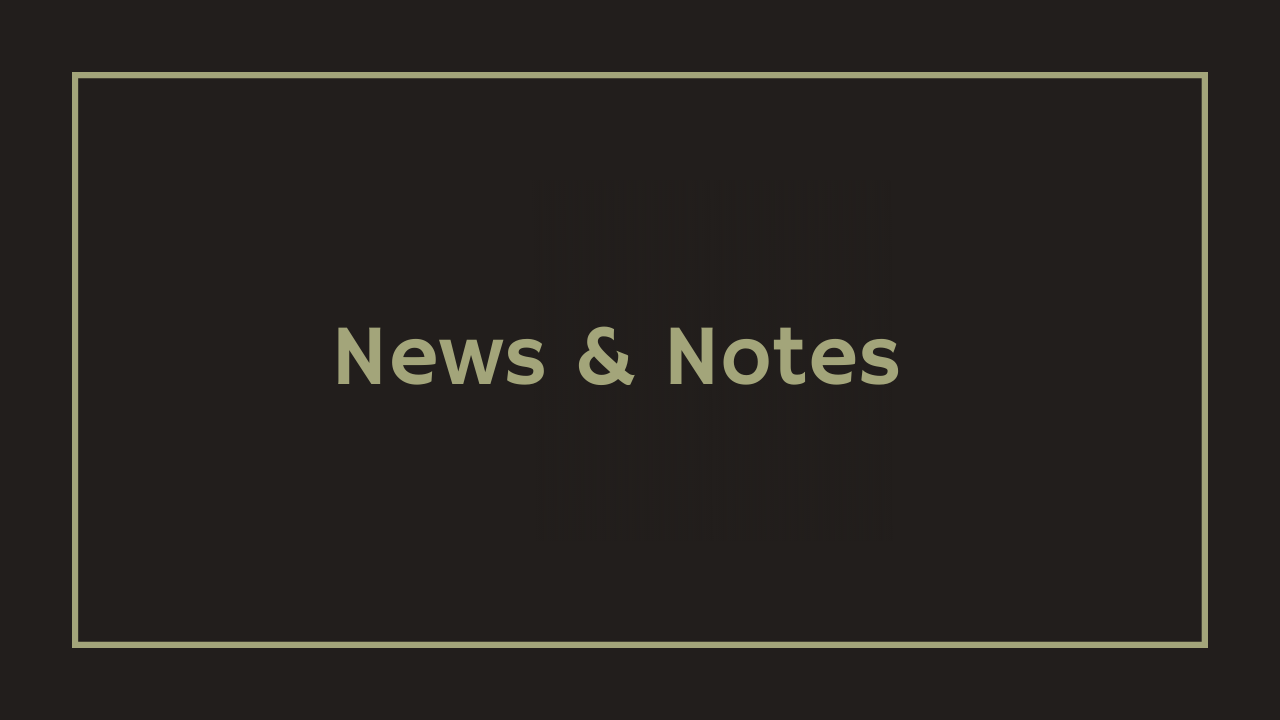 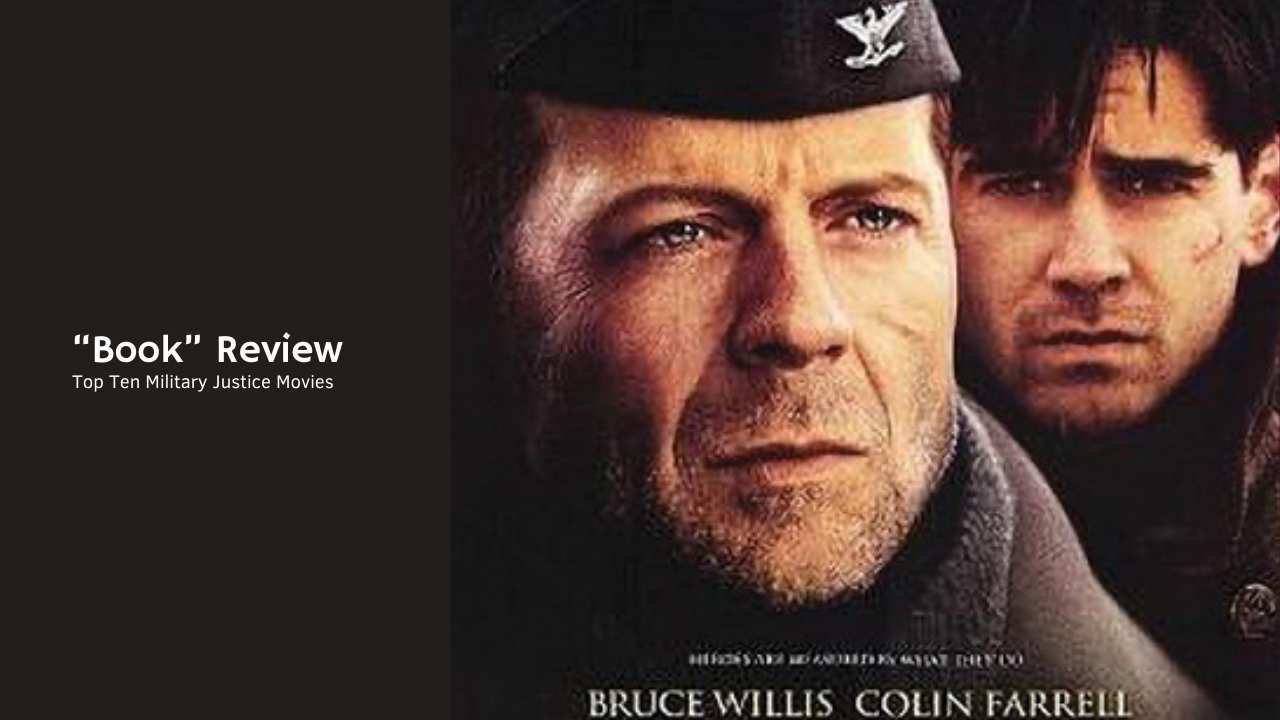 Reviewed by Major Benjamin M. Joslin | When I deployed to Afghanistan in October 2020, Department of Defense policy required fourteen days of Restriction of Movement (ROM) before most overseas travel due to the COVID-19 pandemic. 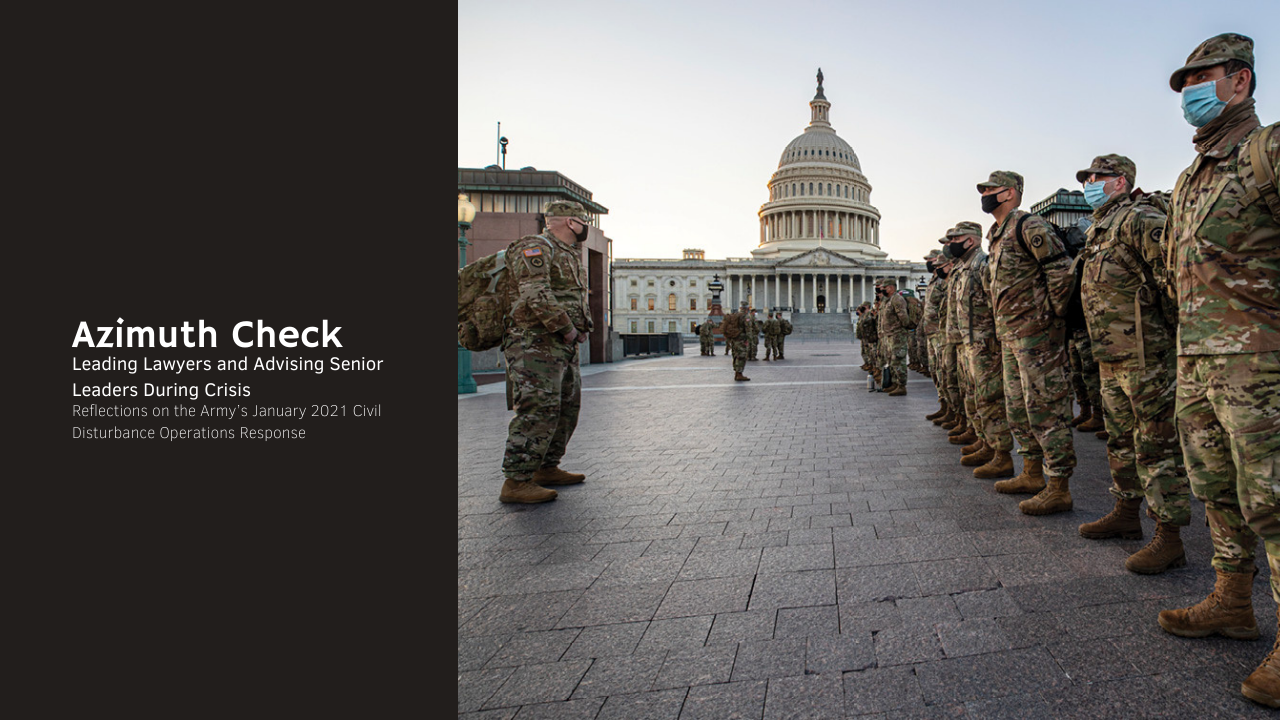 By Colonel (Retired) Gail A. Curley | The time since February 2020 has been full of major surprises on the domestic operations front. After responding to the global pandemic last spring, the National Security Law Division (NSLD) spearheaded the Office of The Judge Advocate General's (OTJAG) legal support to the Army for nation-wide civil disturbance operations (CDO) beginning in late May 2020 and continuing into the fall.

Lore of the Corps: Lieutenant Colonel Nancy A. Hunter's Career of "Firsts" 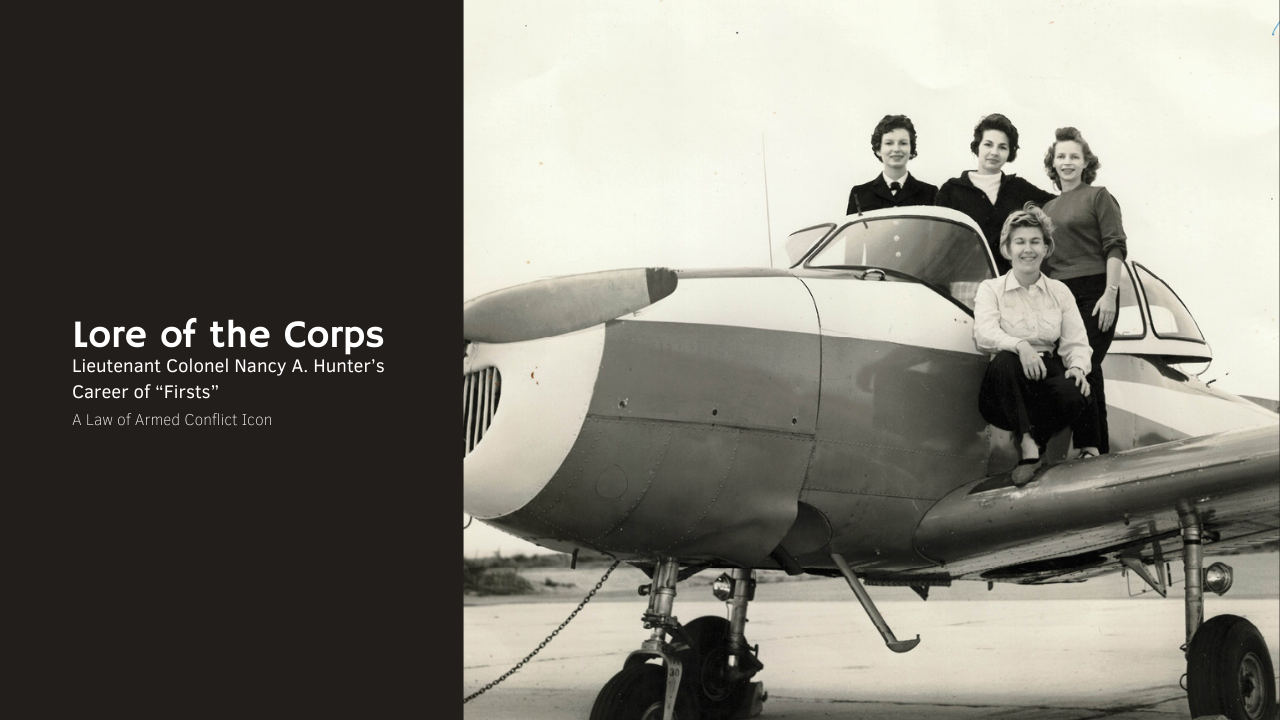 By Fred L. Borch III | In 1967, Navy Lieutenant Nancy A. Hunter transferred from the Navy Supply Corps to the Army Judge Advocate General's (JAG) Corps. This alone was a "first" in history, in that no female naval officer had ever entered our Corps through an inter-service transfer. 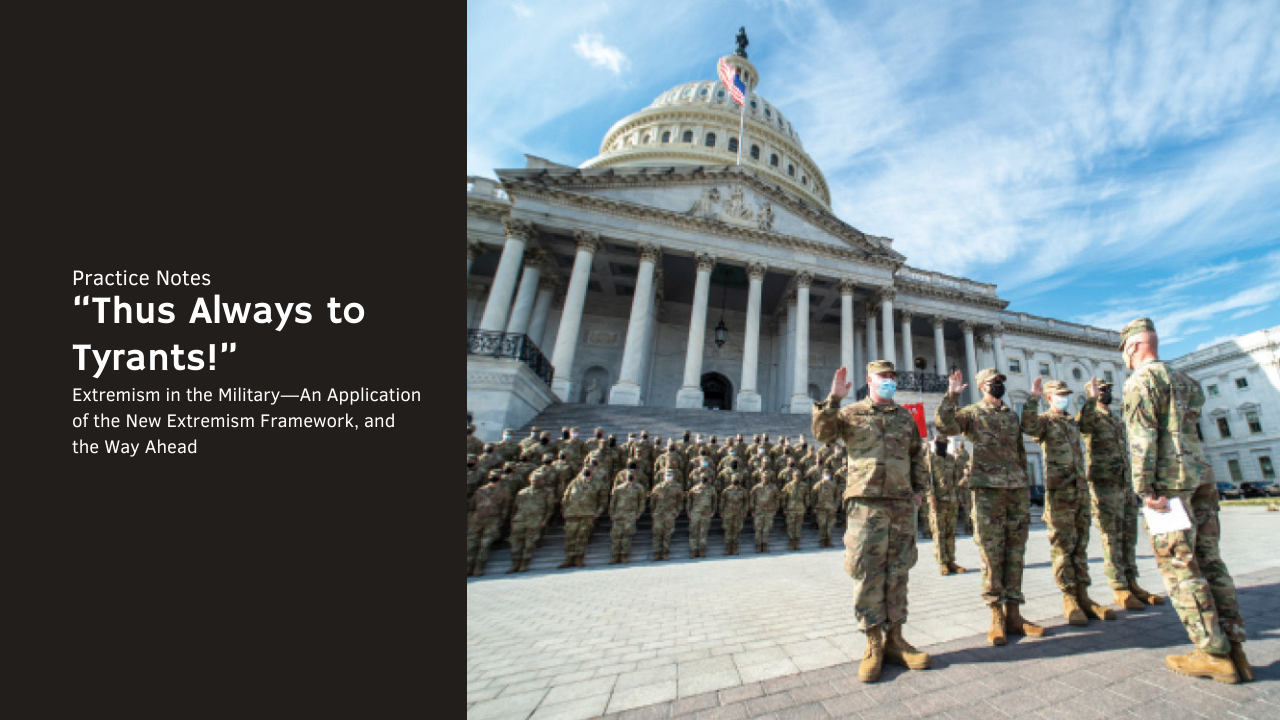 By Captain Anthony J. Iozzo & Captain Nell E. Robinson | Not so long ago, if you were driving around Joint Base Myer-Henderson Hall, located next to the hallowed grounds of Arlington National Cemetery in Virginia, you might pass by a pickup truck belonging to an active duty U.S. Army Soldier with a sticker prominently displayed on its back window. 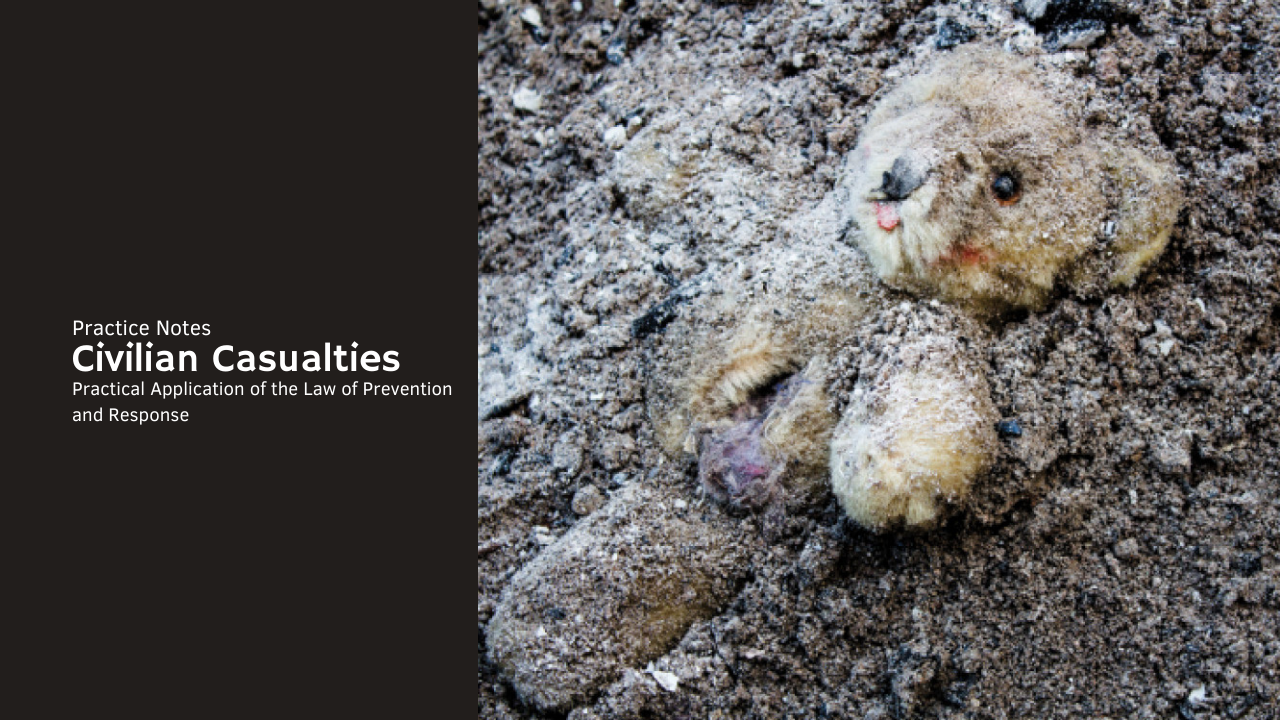 By Lieutenant Colonel Peter C. Combe II | Prevention of, and response to, civilian casualties during an armed conflict has garnered significant attention in the past several years.

Practice Notes: The DEI Field Board 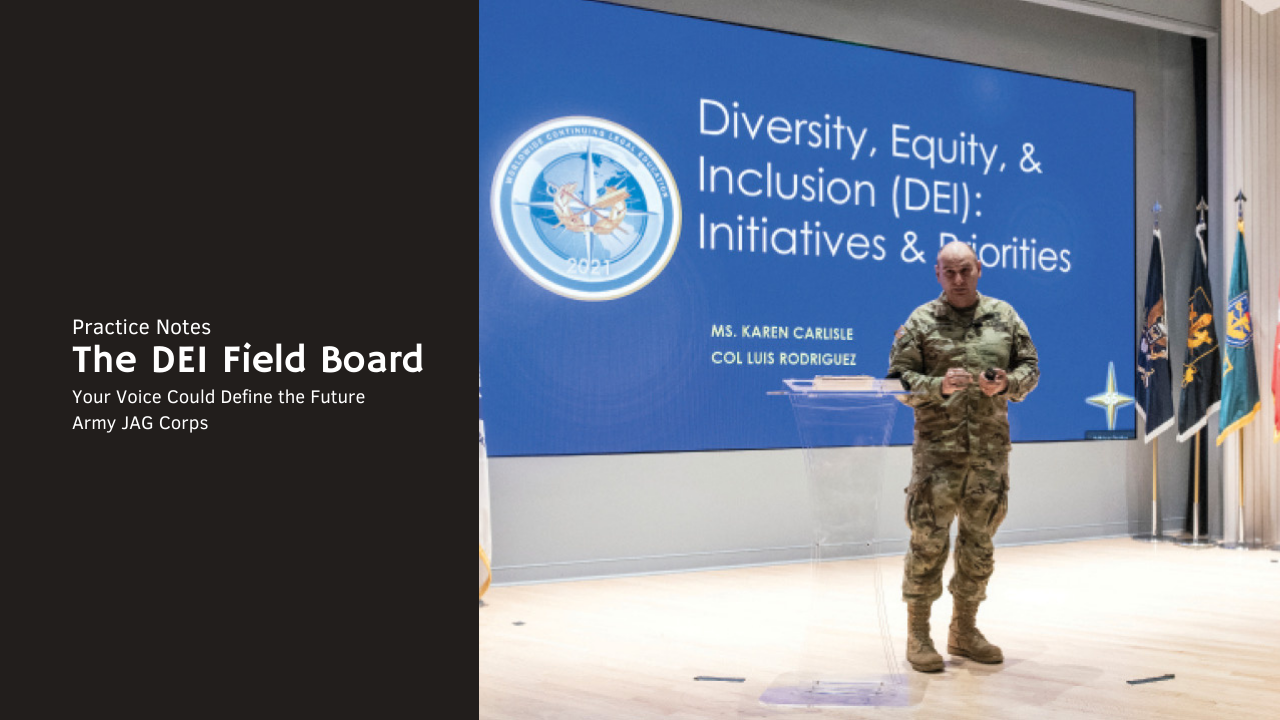 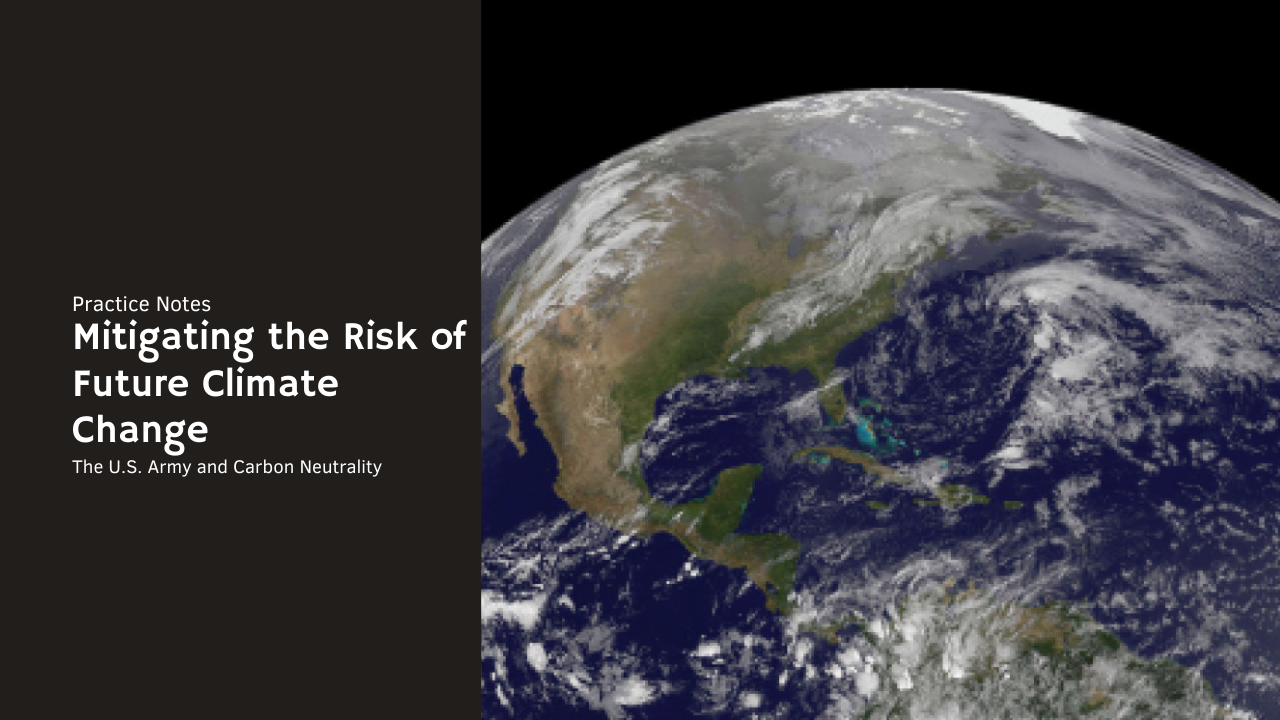 By Major Patrick A. Doyle | I n Juliana v. United States, a group of plaintiffs sued the U.S. Government and several of its agencies—specifically including the Department of Defense (DoD)—asserting that it has continued to "permit, authorize, and subsidize" activities that produce greenhouse gases and cause climate change. 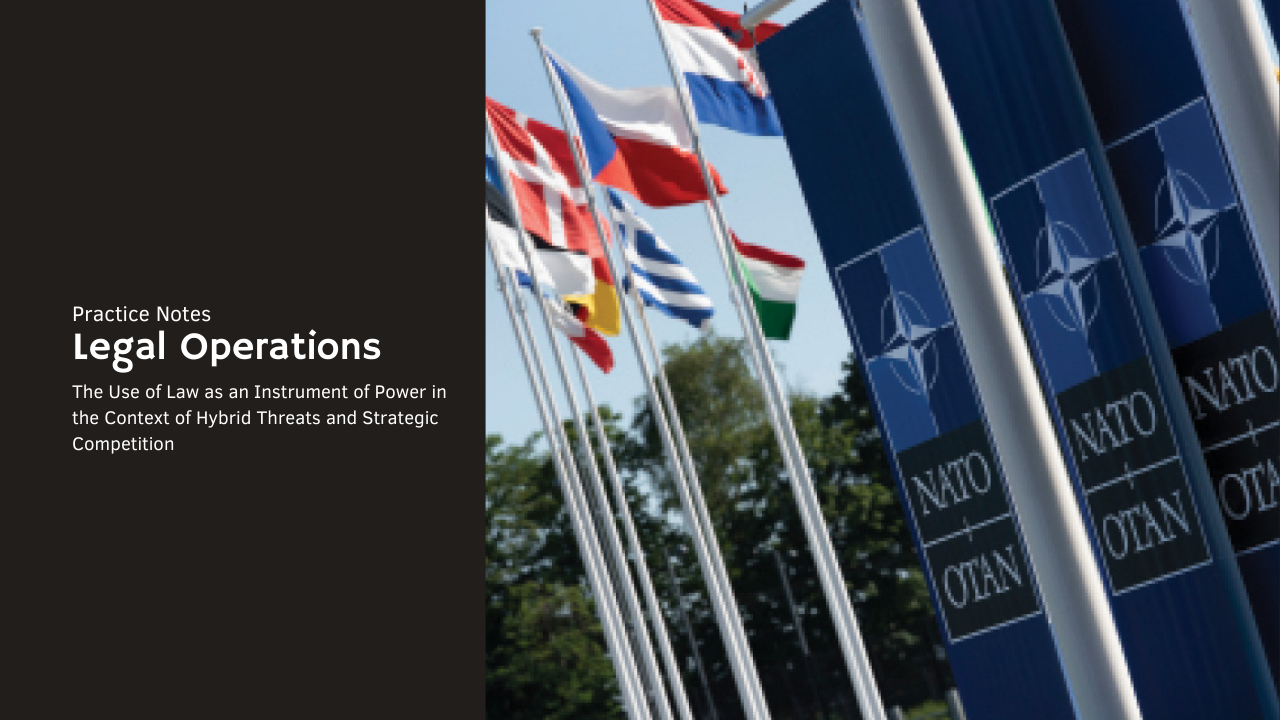 By Rodrigo Vázquez Benítez, Colonel Kristian W. Murray, & Brigadier General Pavel Kriz | The purpose of the North Atlantic Treaty Organization (NATO) is to safeguard the freedom and security of its Alliance members by political and military means.

By Major John Loscheider & Major Courtney Cohen | Every new Army recruit is also an investor. In fact, they invest in government securities, bonds, international corporations, and virtually every company in the entire U.S. stock market.

By Major Kevin D. Anderson | Over the last two decades, Russia's use of cyber proxies has expanded on a global scale and impacted nearly all aspects of international relations.

No. 2: Atrocities, Abuses, and Adjudication 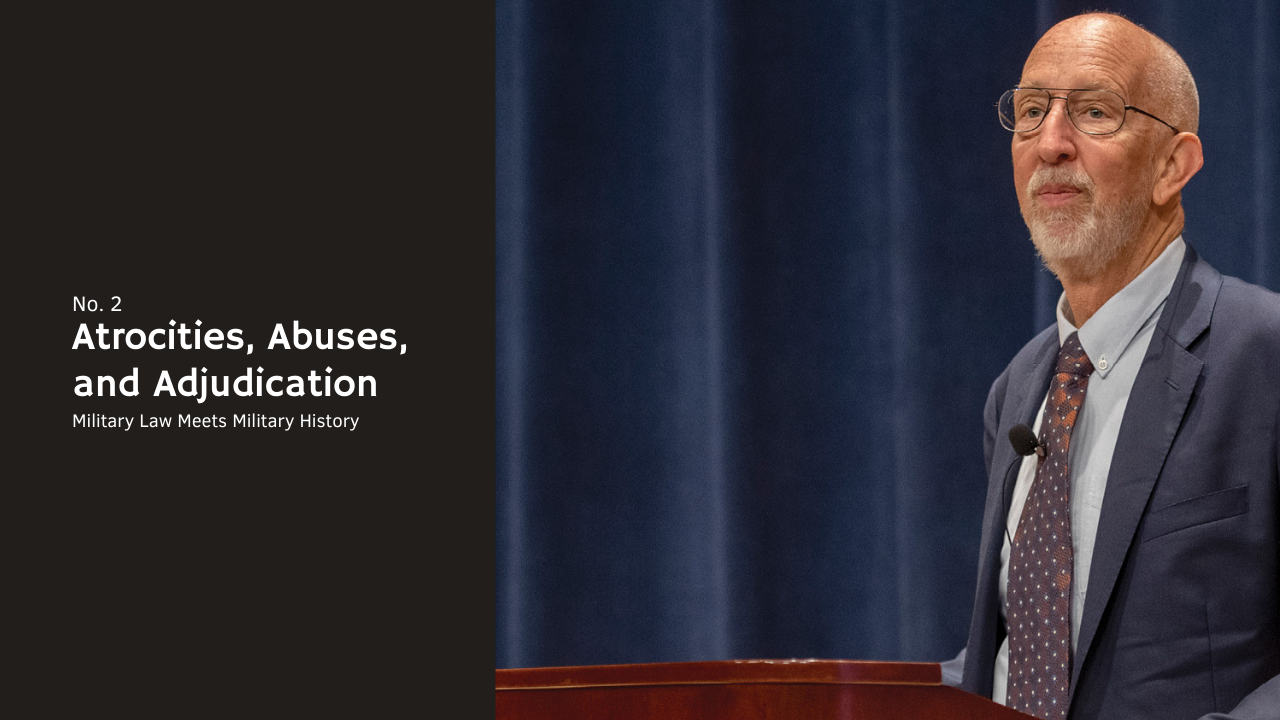 By Brian McAllister Linn | In common with many historians, my parents wanted me to go to law school. But I disappointed them in this respect and, to the dismay of my Quaker mother, I became not only a historian—but a military historian.

No. 3: Crossing Borders in Cyberspace 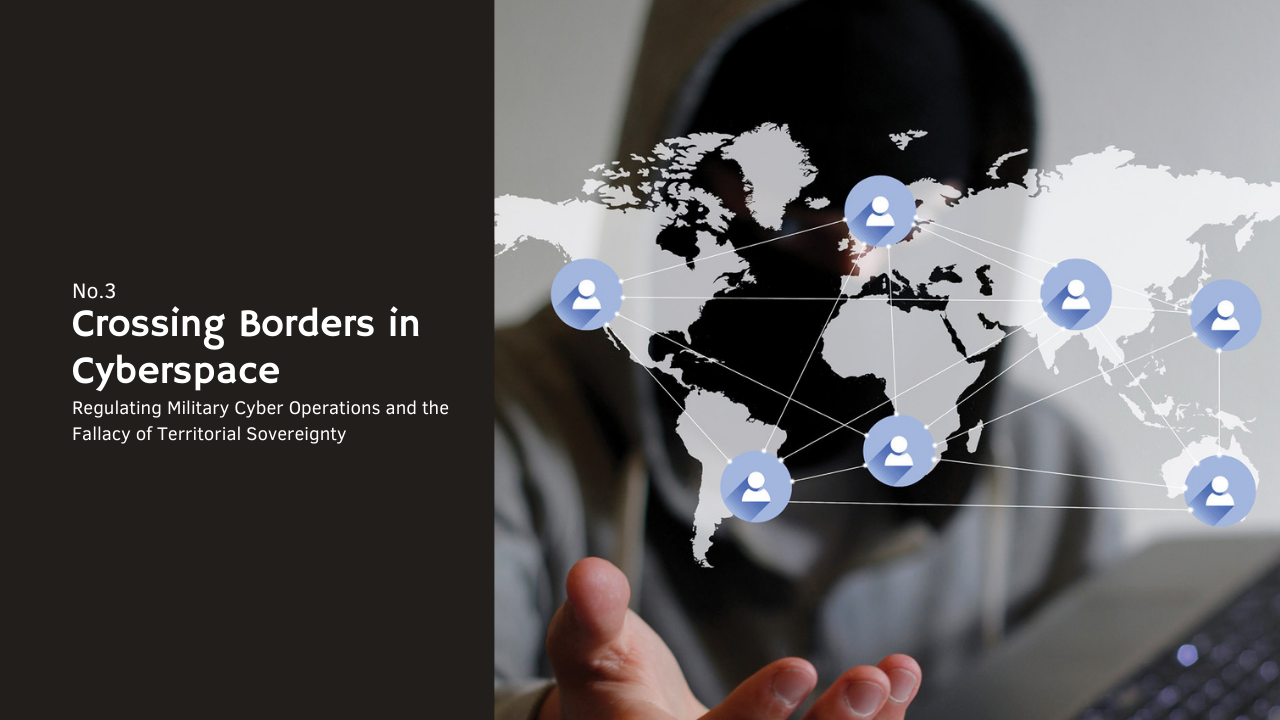 By Major Jeffrey D. Randall | In the early weeks of October 2020, sprawling across 100 countries, an enhanced form of cyber weapon called a botnet began positioning itself to influence the U.S. Presidential election.

Closing Argument: Allied Relationships Should Start with Humility and Commitment 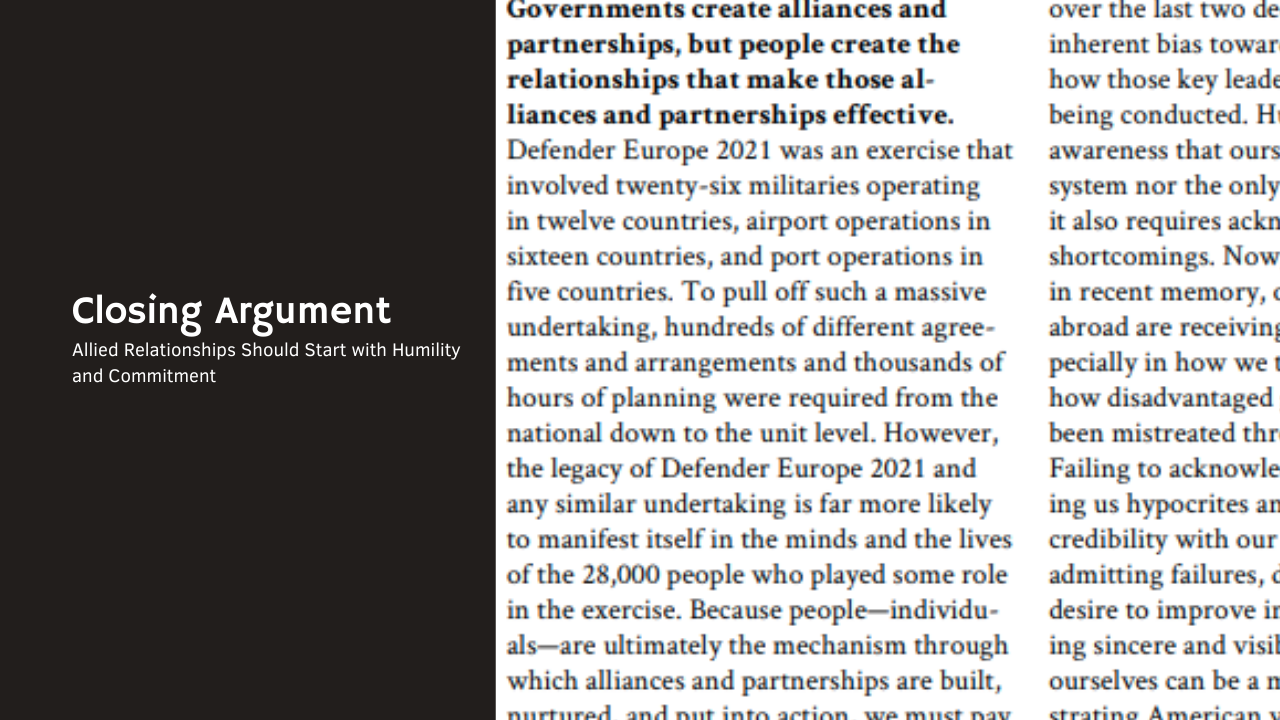