Can Principled Counsel Be Taught 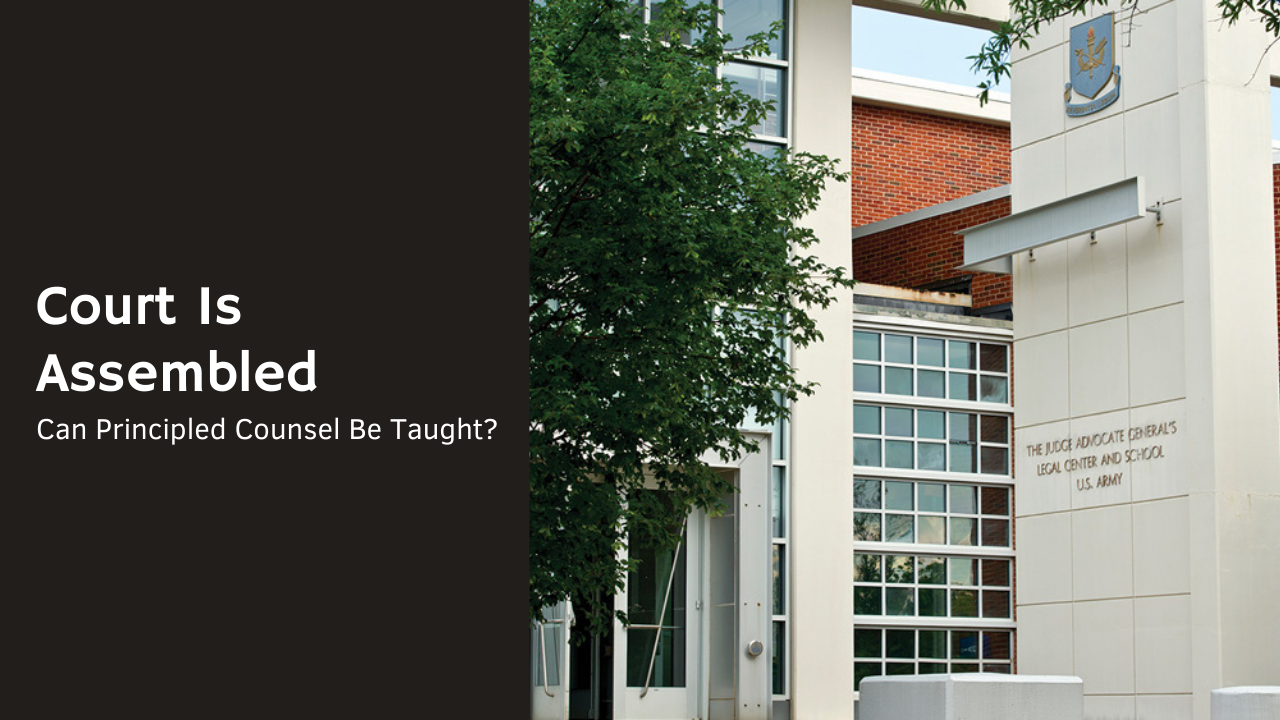 By: Colonel Sean T. McGarry | There is a new leader in your organization. First impressions are good. The leader projects confidence, charisma, and competence. Initially, the rapport developed across the organization is strong. 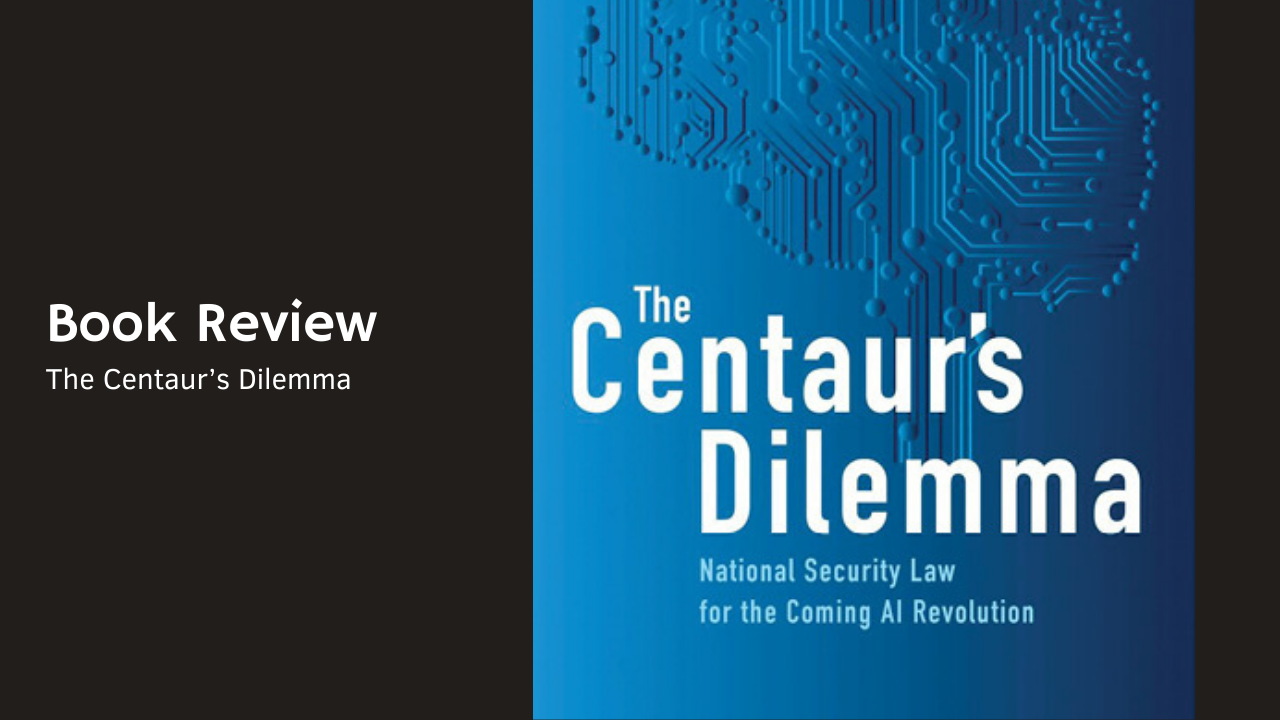 By: Major General (Retired, U.S. Army) Patrick Reinert & Colonel Walter D. Venneman | Over our military careers we contemplated the question, “what makes a person an effective or good leader?” Today, we still ask of ourselves, “how can I become a better leader?”

Justice Was "A Casuality of War" 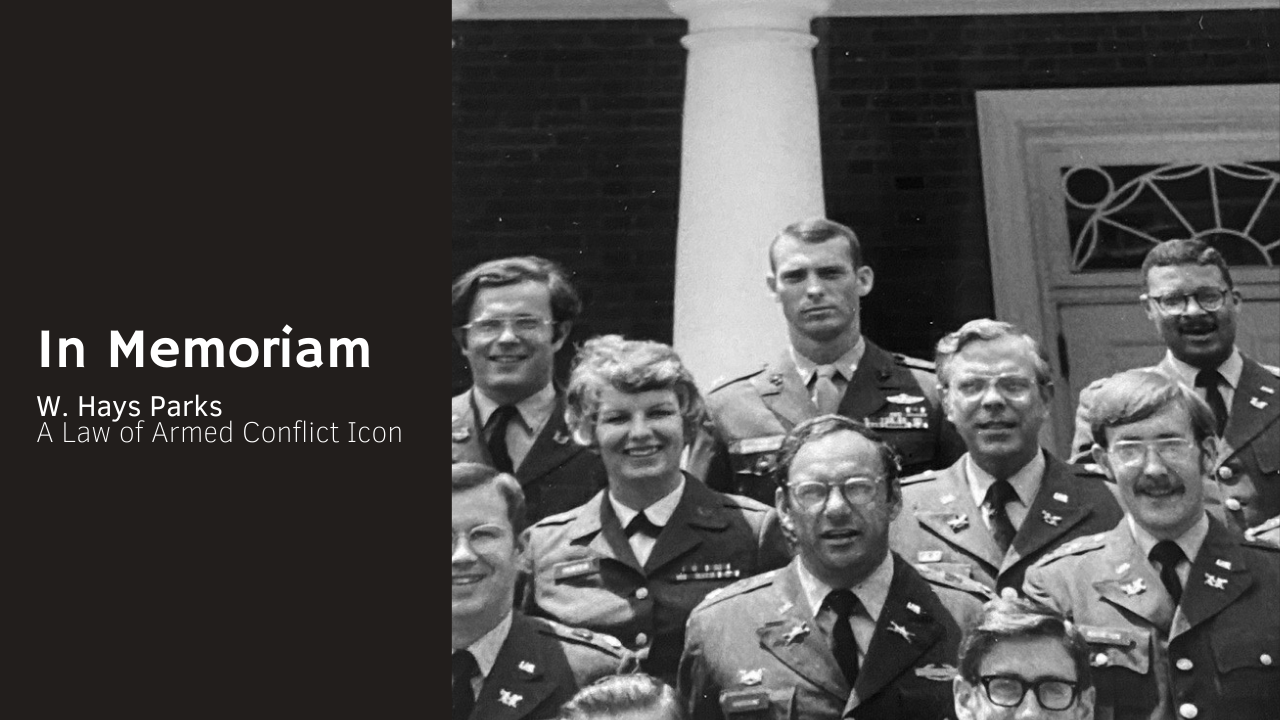 By: David E. Graham | On 2 June 2021, Hays Parks was buried amongst his fellow Marines at the Marine Corps Cemetery in Quantico, Virginia. This was as it should be, for those who knew Hays understood that he was a Marine’s Marine and a proud, vocal member of the Semper Fi fraternity. 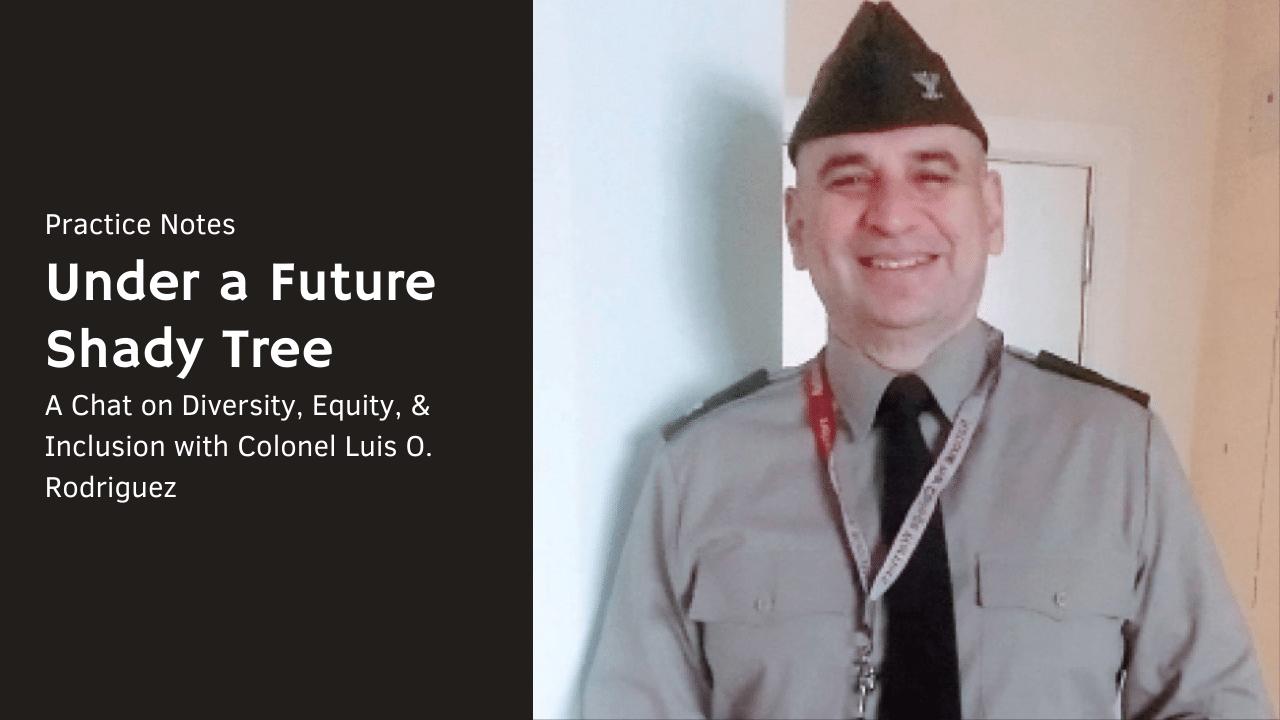 Interviewed By: Chief Warrant Officer 3 Jessica Marrisette | On 1 June 2021, Colonel (COL) Luis O. Rodriguez assumed his current duties as interim director of the Office of Diversity, Equity, and Inclusion (ODEI), Office of The Judge Advocate General (OTJAG). Born and raised in Puerto Rico, he has served in the Army for over forty years, in both the Reserve and Active Components, as an officer and noncommissioned officer.

The Domestic Violence Victim Addition to the SVC and LA Programs

By: Captain Joshua D. Bell | It is Day 1 in your job as the new special victims counsel (SVC), and you get a call requesting SVC services for a victim of domestic violence. Your automatic inclination is to inquire further as to whether or not the victim is a victim of a sexual offense; otherwise, you are of the belief that they are not eligible for services.

A Brief Summation on Gender-Based Violence

By: Major Dimitri J. Facaros | Imagine, as a judge advocate (JA), you are assigned to a world-renowned institute as a teaching fellow. In your first few days, an expert, while physically holding his work in his hands on “Integrating Gender Perspectives into International Operations,” asks you to use a U.S. lens to discuss gender-based violence (GBV) and gender perspectives for an upcoming course.

Love in the Time of COVID

By: Captain Jason M. Ford | The Novel Coronavirus Disease of 2019 (COVID-19) frustrated certain performance aspects of Department of Defense (DoD) contracts across the world. Among other things, contractors had problems getting their employees into and out of the Combined Joint Operations Area–Afghanistan (CJOA–A).

By: Kerry L. Erisman | You and your spouse anxiously await word from the Personnel, Plans, & Training Office (PPTO) on your next assignment. Your spouse is hoping to obtain a highly sought-after staff judge advocate (SJA) or other leadership position.

Conversations with the Last Five Chief Trial Judges of the Entire U.S. Army

By: Colonel Fansu Ku | Each of the five Chief Trial Judges (CTJ) that I have had the privilege of working with in my two tours as a military judge is a true professional, just as Justice Ginsburg envisioned. Their reverence for the Trial Judiciary is uniform even if their individual judicial philosophies diverge./p> 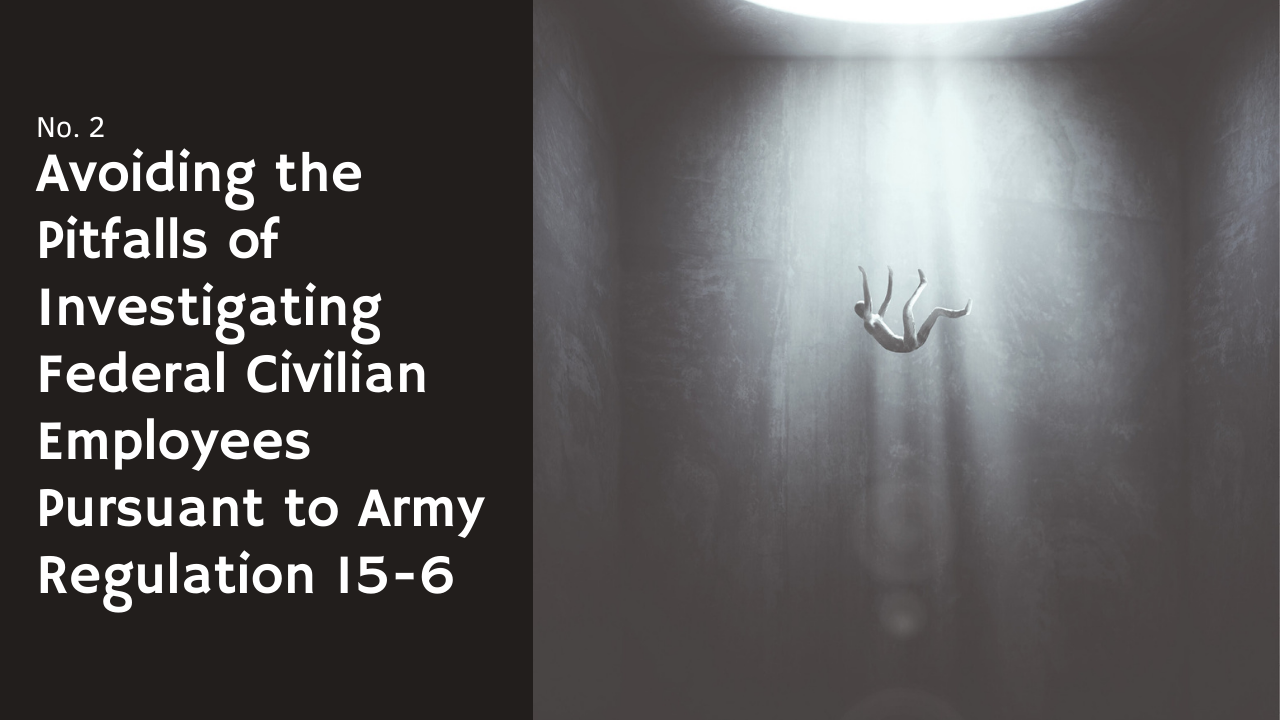 By: Eric R. Hammerschmidt | Obtaining testimony from federal civilian employees during an administrative investigation pursuant to Army Regulation (AR) 15-61 can be difficult. If approached improperly or without careful analysis, it can adversely affect both the investigation and any follow-on corrective action.

By: Lieutenant Colonel Daniel Maurer | This article is intended to do one thing: encourage the military justice community of practice to grapple with the arguments typically made when justifying the value and utility of commanders as court-martial convening authorities. To do that, this article uses the same simple method I have employed in a class I teach1 to West Point cadets.

By: Kenneth A. Turner, with Introduction by Lieutenant Colonel Tanasha N. Stinson | John Adams, in his determination to do the right thing, regardless of the personal cost that might accompany his decision, represents the epitome of principled counsel. Adams was the professor of William Tudor, our first Judge Advocate General, and would later serve as the second President of the United States.